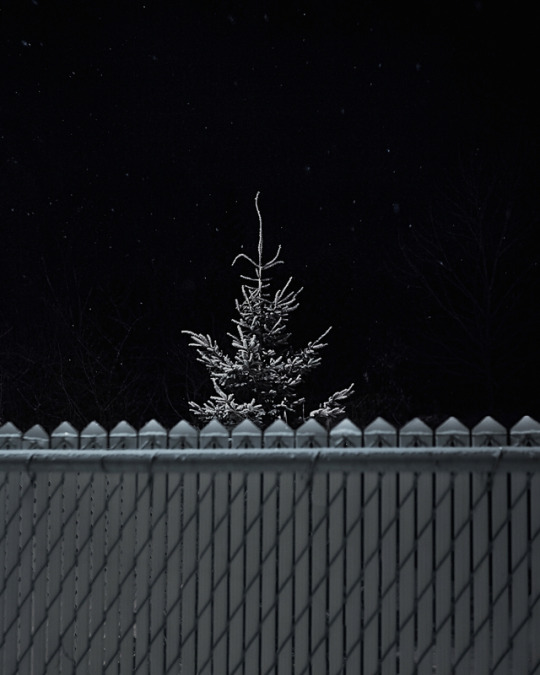 I’ve learned mine can’t be filled,
only alchemized.

The other night I was at a comedy show in a church basement with walls covered by cardboard cut-outs of the New York City skyline. Little white Christmas lights were peeking out from behind, creating the illusion of twinkling windows at night.

“What,” began the sarcasm of the final comic, gesturing at the cardboard skyline, “you mean none of these buildings are in Jamestown?”

And I laughed harder than I had all night.

It was a relief, to have the delusion acknowledged. It made me feel better about how I’d been staring at the whole set up, all night, wanting to throw up due to some unearned feeling of homesickness.

The twinkling Christmas lights: they reminded me of all the nights I refused to sleep as a little kid. How I’d insert cassette after cassette into my Fisher-Price boombox—the one with the microphone and color coded buttons—trying to stave off my dread of public school, and dumb-kid jokes, and being unable to read through key-rings of word-cards at what the state deemed an “appropriate” pace. (I’d often hide in the bathroom and pretend I was Sailor Moon as I tried to come up with an argument that’d convince my mother I needed to be home-schooled.)

Thinking of those lost cassettes, the Oliver and Company soundtrack came to mind.

More specifically, Huey Davis’s opening song, “Once Upon a Time in New York City”, which—having mild OCD—stayed, that night, lodged in my mind, on a loop, until bed. Where I dreamed that my little niece came to me with a picture book, flipped to the very last page, depicting New York City in different shades of blue, twinkling like Christmas Eve.

It made me consider how a lot of the novels I like to read are about suburban life and its inescapable triviality; about characters who settle and try to pretend like they’re not mentally ill, or terribly addicted, or irreversibly repressed.

In season seven of American Horror Story one character, Meadow—a very pathetic and desperate person who wears big hats—says, “I wanted to be a painter, but I was too drawn to the normalcy of a middle class lifestyle.”

And I felt that to an extent; to a point where I at least didn’t forget about it.

Every time a person says, “Come to New York!” — “You belong in New York!” A small part of me is quietly objecting: But what about cul de sacs that smell like fabric softener? Crate and Barrel? Squishy blankets? Familiar faces? Empty movie theatres? It’s not “me” exactly, but still it’s there. This dull enduring self-rejection. What do I do with it?

Of course Meadow, who should’ve been a painter, chooses to drown herself in white wine and joins a murderous cult. Is that who I am, deep down? Or am I a brave little cartoon kitten with luck on her side; fate combined with a series of mishaps that ultimately lead to all the right things: adventure, friendship, purpose, home… (What I’d like to boast about having from my apartment walls.)

I once wrote a short story in which a young woman, drawing on a paper napkin, suddenly looks up, struck by clarity, and says, “Sometimes I can’t even imagine my world as the same one where little children go missing.” And the guy she’s talking to suddenly gets an overwhelming urge to break her hand.

I am both characters, is what I’m trying to say.

My many selves are in constant conflict, as if identity were a Rubik’s cube only the very, very, self-assured can solve.

Lately, I’ve been worrying: do we ever really get over our adolescent insecurities, or are we all just some variation of our sixteen year old selves? (I’ve been admitting a lot of weird things to myself, like: Yes, Nicole Richie’s anorexic body had a lasting effect on me. Yes, I am depressed in a way that only medication can fix. No, I am never going to have a “group” of friends like St. Elmo’s Fire. Yes, I have been caught in a cycle of denying these things since adolescence.)

Answering my own question, as I am wont to do, with the words of somebody else, Joan Rivers popped into my head: “It doesn’t get better. You get better.” So, yes, maybe our adolescent insecurities never really go away—our learned anxieties and aversions; our social and interpersonal hang-ups. Maybe all one can really do is accept these things as a part of herself. Try to get better. Learn how to deal.

I read my friend a letter, which I gave to my ex best friend. In it I explained why I couldn’t be friends with her anymore; how the position I was in completely inhibited me from being a good and supportive person to her. How my initial inclination—to be fucking pissed—was totally eclipsed by the fact that I wanted her to be happy. That, I felt, the best thing for me to do was remove myself.

I finished reading, and my friend asked, “Why did you blame yourself that whole time?”

Looking back, if I could have answered her with more clarity, I’d say: Because I have this sneaking suspicion that a lot of people think I don’t blame myself enough. (There it is, that prevailing adolescent phantom: What Other People Think. I know, it doesn’t really exist—nobody really thinks about anybody that much. Not as much as they think about themselves. Harsh judgments are short and fleeting. Most people say nasty things they don’t even mean, just to make conversation. A majority of the time, they don’t even know what they’re talking about.)

Self doubt. What Other People Think. Two things I’ll always carry. Things that won’t get better, but require my getting better. Like a bonsai; how a tree still finds a way to be what it is, however small and subdued—

“Because it isn’t,” my friend texted back.

If we go backward in time, twenty-one years, little-me is lying in bed with her cassette player, listening to “Once Upon a Time in New York City”. Shocked by the carelessness of other little kids; totally dreading it; wishing she didn’t have to deal with it; not knowing that she was listening to a song about a place, just as sleepless as her.

Remember. She gets better.

But, for now, the twinkling Christmas lights will have to do.

Your insides, always fighting for you, even when you aren’t, will have to do.

Remember. People often misunderstand each other because they don’t understand themselves. Some will count up all the things you don’t have, in comparison to themselves, as a means of maintaining some imagined order. It’s okay. Let them have it. They’re trying to get better too. And even if there’s a hole you’ll never fill—some lack you can’t atone for—there is the melting ice—waiting outside the church basement that is posing as someplace else—speckled from being eaten through by salt. It’ll understand you when no one else will.

There is a city that never sleeps, just like you.