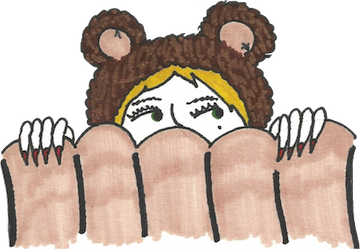 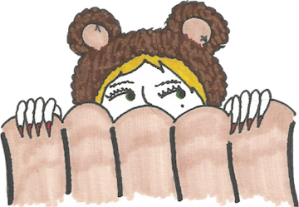 I was in the midst of a Red Bull induced panic attack. Sometimes I took my Citalopram and sometimes I didn’t. I never went to class. But I remembered the defense mechanisms from the one day I spent in psych class like some kind of prayer that went:

They became the titles of poems I wrote when I should’ve been in bed. None of them were any good. But I wrote one called “The Incentive to Relate” because that was another thing I learned about in Psych class.

The final lines of it went: I even wore their shoes around and said / “see you’re not alone.” / and every single one told me / “but I still feel it.” Because I felt that, and I didn’t want anyone else to feel that, but I guess it’s inevitable when you’re 18, 19, 20…and trying to find your way out of the woods that was your adolescence.

Me and K were like Wendys among lost boys.

We spoke in code about our feelings for the types of men we were among. All emotions were dumbed down into cave-talk; summarized in twos like: Hot n’ steamies, cold n’ empties, warm n’ fuzziez, numb n’ pricklies…

One guy told me he didn’t trust me because my eyes moved too much, and at the time, I had this paranoia that I was a bad person in disguise, so I said, “You shouldn’t. I definitely don’t trust myself.”

Then K, with a stomach full of absinthe, looked outside and got all misty-eyed for the frozen lake. We ran out the backdoor and walked on ice like life was Eternal Sunshine of the Spotless Mind and not cold or uncomfortable; a place that could actually be beautiful and ugly all at once without the worry of some ideal illusion suddenly cracking and caving in beneath you; more like a movie, something you watch and feel but never really live…

We ran back inside, and met this guy who after one too many jäger bombs started referring to himself as The Oracle. We asked him questions, and he started rubbing his temples, pretending like he was summoning the other side and not just staring at the insides of his eyelids.

“Will we ever be happy?” we asked.

He opened one eye and smirked like he knew something we didn’t know.

And we laughed in spite of everything.

Our friendship was like this: I was Heartache, and she was Wrath, and together we made Misery because that’s how much we loved each other’s company.

We joked about super moons, and second comings. We got McChickens during tornado warnings. We gazed out kitchen windows and watched as lightning turned the sky into a touched plasma globe…

Some guy said the rapture was supposed to happen. But we weren’t surprised when nothing happened.

We knew that nothing probably happened to anyone—or we weren’t chosen.

Either way, it was all one giant joke to us, one more ironic reason to buy a T-shirt.

And that’s the simplified version of things.

I had a boyfriend at the time, but he was more like a third wheel; our teddy bear and designated safety blanket.

He was a grizzly guy—tall and tree-like—with a design like veins and vital organs tattooed all around his forearm. He wore glasses from the sixties and had skin like nicotine.

His name was M and we took him everywhere.

One night we were all at K’s apartment on campus. Our friend had just traded us whiskey for vodka across train tracks, and we squeezed the last few drops of wine from a box. We pulled the empty bag out and blew it up like a balloon. M labeled it “my happiness” and we played a metaphorical game of capture the flag.

I remember I got it, but then M snatched it back and popped it.

I glared, but got over it because he molded me a dinosaur with the wax of a candy soda bottle as a peace offering.

Meanwhile, K had been pounding back whiskeys, and she was ready to make her way across campus to whoever it was she wanted that night.

She left, and when it was just me and M, I remember he started talking on and on about how he wanted to watch the moon explode—to see what happened when the oceans engulfed us.

I stayed quiet; I just stood there and listened.

M was an artist who created things that were beautiful but had no meaning. This is why he felt nothing when he burned them or broke them or popped them. Knowing this, he looked at me and said, “You’re all morals and I’m all impulse. We’re never going to work out.”

I kissed him as a means of filling the space, and the next day we found K grinning at Starbucks with a bruise on her knee. “Let’s go,” she said, and we sang along to “Missed the Boat” by Modest Mouse the whole way home, like we didn’t know it was the anthem for everything that was wrong with us:

While we’re on the subject
Could we change the subject now?
I was knocking on your ear’s door,
But you were always out.
Looking towards the future
We were begging for the past
Well, we knew we had the good things
But those never seem to last
Oh, please just last…

I always wore this fuzzy hat with bear arms and bear ears. We called it Balloo—like The Jungle Book. And I often slept on couches and floors; dorm beds, and reclining chairs; all the futons of faraway places, with my hands tucked into Balloo’s paws like mittens; the rest of him bundled up and doubling as a pillow beneath me.

I did this while K found herself in the bunk beds and basements of Victorian mansions; lying on the cot of an off-the-grid shack-house; nestled away in trees sprouting from coves on the shore of Lake Erie; kicking up water in her underwear while some envious girl got mad; clipping feathers in her hair and saying, “Let’s go,” just when the moon got full.

I was beginning to believe we were less like Wendys and more like the lost boys—lost girls, if they would’ve been written to be a thing—taking on each night like: Second house to the right. Who cares til’ morning.

One night we found ourselves at a big house in the middle of nowhere. It was the kind of house that’s tall and looming, Victorian, and weirdly gothic with black shutters and barred windows that all come to a point; a house that looked expensive from the outside but, upon closer inspection, was actually a fortress of cat piss and dogs without leashes.

On the back porch, which was sunken and caving in, we found M in a drum circle of bored looking white kids with dreadlocks.

K and I knew we didn’t belong so we stole their vodka and fifteen minutes later M laughed because he found us crouching behind a bush. We were taking swigs in the name of social anxiety until liquid courage coaxed us out—a.k.a. we killed the bottle and kicked it into the woods.

Everyone had moved from the porch to a bonfire out on the lawn at that point.

One guy was playing an acoustic version of “Sweetest Girl” by Wyclef Jean on guitar and everyone was singing along harmoniously, like they took this ritual very seriously: Cause I’mma tell you, like Wu told me, cash rules everything around me, singin’ dolla dolla bill ya’ll—DOLLA DOLLA BILL YA’LL!

We looked at each other like: What year is it? Where are we? Is this real life?

And I realized that the place was a purgatory for lost childhood.

I found Batman with his face scraped off; Mountain Dew cans everywhere; a stuffed Barney, abandoned and still smiling on the pavement, like he was clenching his teeth and mumbling to me: Is this real life?

Later, M and I got into a fight about the state of our relationship because I was never not mad at him about something.

We were both standing at the top of a hill overlooking the road and, at some point, a beagle scuttled past us. We didn’t think much of it because I had just gotten done saying something that put M over the edge.

It was the first time he ever snapped at me; he blindsided me with a level of honesty that I didn’t know he was capable of.

He said, “One minute you’re so vulnerable and gentle, and the next minute, it’s like I can literally feel how angry you are. It’s like the calm before the storm, except, the tension never really breaks. I swear to god, you have this crazy fucking ability to dictate the emotion of an entire room. All you have to do is shift your eyes a certain way, or twist your mouth—like you’re finally going to say whatever the fuck is on your mind, but then you never do, and nobody ever knows what’s hit them; no one ever suspects that you’re the reason there’s a knot in their gut because who’s going to blame the quiet girl? Especially when she’s always got this stupid lost look on her face. But I know you, and you’re not vulnerable or stupid, and you need to stop pretending like—”

That was when we heard the thud. It came from the road at the bottom of the hill.

“What was that?” I asked, not entirely sure what I was asking about—the rest of M’s sentence, or the sound?

But M ignored me. He just said, “Shit,” and ran away, down the hill toward the road.

I edged closer to a part of the hill, where the road was visible, and I saw the little lifeless blob.

I knew what it was.

It was the beagle that had scuttled past us just a few minutes ago. Only now it was dead.

My stomach clenched and I don’t know why I started crying over a dog that I didn’t even know. But it all felt like Peter Pan, and bedtime—the time when Neverland was said to become threatening; when the benign world that was your bedroom became malignant beneath the cover of night and something as unthreatening as a chair could look like a lurking figure; a looming disaster…

Except, this was different.

The dead dog was definitely dead, and the looming disaster wasn’t just a trick of the eyes.

Nothing was make believe anymore.

Up until that point, I’d told myself, and I’d told myself, that everything around me was make believe—that this was all a trial run. That a truck was a truck and a dog was a dog, and everything was that simple. When in reality, a truck was only just a truck and a dog was only just a dog until the two collided, and one kept on going while the other was reduced to a shell of thing that was no longer alive. And I realized: Beauty fades and puppies die and this is real life.

After that, K and I stopped hanging out. I started going to class. She got a boyfriend, and I eventually dumped M for a guy who was the opposite of crazy.